Reclaiming the Joy of Teaching Everyday at WG

Reclaiming the Joy of Teaching every day in West Genesee. Photos taken at Stonehedge, East Hill, Onondaga Road and the High School. #ReclaimingTheJoy

Syracuse (WSYR-TV) - State Senator John DeFrancisco recognized more than 30 educators from Onondaga County at the Teachers of Excellence awards program Thursday. They were nominated by students, school administrators, faculty and staff for their efforts to help children learn during the 2014-15 school year.

"Teachers are instrumental in enabling our youth to succeed in life," said Senator Defrancisco. "I am very pleased to recognize those dedicated educators within my district, who consistently go above and beyond to educate, mentor and inspire their students."

Senator DeFrancisco presented each honoree with a certificate of excellence and a "Golden Apple" pin.

Congratulations to the 2015 West Genesee Teachers of Excellence honorees:

State Senator John A. DeFrancisco will honor 20 Onondaga County teachers at his first-ever Teachers Of Excellence awards ceremony Thursday at Jordan-Elbridge High School. Among the honorees will be West Genesee teacher Debbie Quick.

The honorees were nominated by students, faculty, staff, and family members. They will receive a New York State Senate Teacher of Excellence certificate and a"Golden Apple" pin. To read the rest of the story please click here. 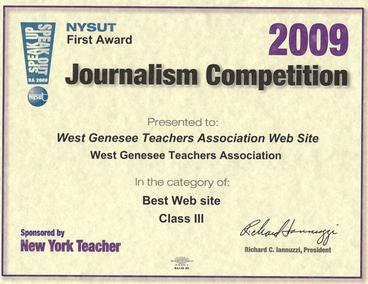 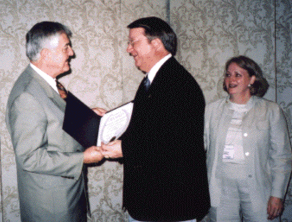 Ellen Miller (CMS), won a NYSUT Award of Merit in the Best Feature Story category for her article entitled, "West Genesee music teachers: a class act," which was printed in the March/April, 2010 WGTA newsletter.

Lynn Davis (CMS), won a NYSUT Journalism First Award for the 3-part article titled "Elder Care" which was published in 2004.

The WGTA and it's membership were a recipient of NYSUT's Local Community Service Award, symbolic of the local's "collective and sustained contribution to community service."

The WGTA website has won a total of 11 national “Best Website” awards given by the American Federation of Teachers, 6 state awards from the New York State United Teachers, and 2 Union Plus Program Promotions presented by the AFL-CIO.  Lynn Davis (CMS) is the webmaster

The WGTA Newsletter and Website Have Won Numerous Journalism Awards

WGTA President Christian and Superintendent Brown on CNN February 21, 2011 to explain to CNN and the world how they negotiated their teacher's contracts without protests. "It's all about trust." 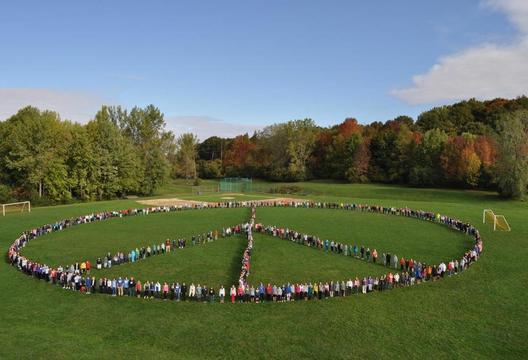 The Anti-bullying kick off was held at CMS on October 8, 2012. It was organized by the CMS Anti-Bullying Team, the following is the final activity of the morning. Eric Howes took the photograph. There are approximately 500 students and staff in the picture.

Donna Mahar, a 7th grade English teacher at West Genesee Middle School, selected as one of 33 award recipients in the Disney American Teacher Award Honorees for 2000.

Andrew Perry, instrumental music teacher at CMS and WGHS and director of the high school Wind Ensemble since 1987, was selected 2010 winner of the Syracuse Symphony Orchestra Outstanding Music Educator of the Year in Instrumental Music- Band.

​Kay Merrick, West Genesee Director of Counseling Services, was honored at Le Moyne College with the Edward J. Gorman Award for Excellence in Counseling on September 20, 2010.This honor acknowledges Merrick's contributions as a leader in the counseling field. It also recognizes her ability to positively impact the lives of many others in a significant manner, while celebrating the entire school counseling profession.

Samuel Dance (High School) and James Hunter (CMS) were the recipient of the 2012 Gold Apple Awards recognizing teachers who make creative and effective use of newspapers in the classroom. The Post-Standard honored Mr. Dance and Mr. Hunter during Newspaper in Education Week Celebration Night.

The West Genesee "Language Other Than English (L.O.T.E.) Department" received the James E. Allen Statewide Award from the New York State Association of Foreign Language Teachers on Nov. 14, 2009 at the LECNY-NYSAFLT Regional Conference. This award recognizes and honors outstanding foreign language programs throughout New York State. One school district or school within each of NYSAFLT’s ten regions can be selected annually for the award.

Over the years, numerous West Genesee teachers have won awards. Here is just a small sampling. 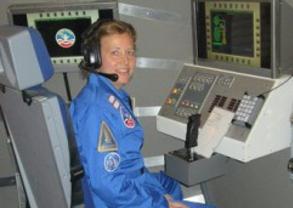 On the Sea - Home and Career teachers Carol Glor attended the NOAA (National Oceanic and Atmospheric Administration) to be part of the 2014 Teacher at Sea field season.The Mission of the Program is to give teachers a clearer insight into our ocean planet, a greater understanding of maritime work and studies, and to increase their level of environmental literacy by fostering an interdisciplinary research experience. 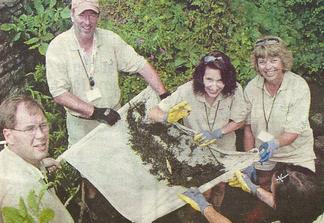 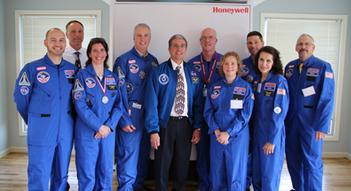 IN SPACE -- Over the past several WG teachers have been selected and participated in the Honeywell Educators in Space Program. This program provides teachers with new and innovative teaching strategies to educate students about math and science. Teachers that have participated include Tammy Annicharico, Todd Troendle, Rick Chapman, Dan Howard, Sue Bingham, Sue Potrikus and Craig Dowler.

​On Land -- Middle School science teachers Judy Allen (WGMS) and Sue Potrikus (CMS) were accepted into the Honeywell Institute for Ecosystems Education. Honeywell teamed up with the Montezuma Audubon Center and the Onondaga Audubon Society to present the programs, which is targeted toward middle school science teachers. The intention was to immerse teachers in the history of Onondaga Lake and its impact on the environment as well as the environmental issues surrounding it.

Teachers in Space, on Land and Sea 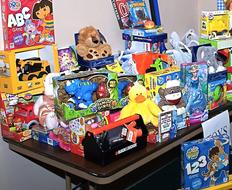 Over the years, the teachers have organized many food drives. Donations have come from students, parents, teachers and staff. The WGTA also organized a toy drive prior to Christmas, the recipients were needy children in the WG District.

The West Genesee teachers have donated over $100,000 to the WGTA Scholarship Fund. Over the years this fund has given out over 60 partial scholarships to West Genesee graduates that were majoring in education.

In addition, West Genesee teachers won the Scholastic Challenge Award for the Large School Division in the 2009 and the 2010 Corporate Challenge Run/Walk. This was an award given out to the school district with the highest percentage of their employees involved in the Corporate Challenge.In addition to a plaque, this also meant an additional $1000 scholarship and a $500 scholarship for two of our students! Participants included teachers, teacher assistants, teacher aides, administrators, office staff members and our superintendent, Dr. Brown. Each building was represented by at least one participant at the event. WGTA member Theresa Garofalo (WGM) organizes the West Genesee participation.

Over the years the West Genesee Teachers' Association has made a sustained and collective effort to have a positive impact in our community of the students, parents and West Genesee Staff. Please review just a few of our accomplishments to get a sense of the WGTA's dedicated efforts to enrich the lives of our community members.