WGTA President Christian and Superintendent Dr. Brown explain to CNN and the world how they negotiated their teacher's contracts without protests. "It's all about trust."

Ellen Miller (CMS) won an NYSUT Award of Merit in the Best Feature Story category (Class III) for her MemberShip article entitled, "West Genesee music teachers: a class act," which was printed in the WGTA newsletter in March 2010.

West Genesee was chosen as one of the "Best Communities for Music Education" by The National Association of Music Merchants (NAMM) Foundation.

Congratulations and best wishes to our retirees:

The winner of the WGTA Scholarship for 2011 is Shannon E. Howes. Shannon will attend SUNY Cortland in the fall and she'll major in Childhood Education.

The NYSUT approved rubric for the new APPR has been given the tentative OK by the district administration.

The WGTA donated $1,000 of VOTE/COPE money to promote NYS teachers through commercials.

Sarah Hart won the 2012 WGTA scholarship. Sarah will be attending Cazenovia College in the fall, and will major in Inclusive Elementary Education.

Despite the fact that WGTA members agreed to forego a raise in 2013 to help save jobs and programs for students, WGTA members dug deep into their pockets for many causes this year. Just looking at the district-wide "jeans days" we held, here are the numbers:
* American Heart Association, initiated by Peg Bailey - $940.00
* Academic Decathlon Competition, initiated by District - $1,325.00
* Susan G. Komen, initiated by Theresa Mosey - $1,600.00
* Craig Reinhardt, initiated by Courtney Lyons -$1,200.00
* Carol Baldwin Breast Cancer, initiated by Ginny Cummings -$835.00

This doesn't reflect the many other fundraisers we held locally at the various school buildings, the United Way, or the time spent volunteering for other diverse causes. It does reflect the spirit of generosity we have here. We at West Genesee have proven our mettle repeatedly through our unflagging donations of time, talent and money. Thank you.

“West Genesee teachers, administrators and some students will be wearing blue on Monday as part of a national day of action to show support for public education.”

“This is another event for people to say we believe these dramatic changes should be carefully looked at to make sure they are impacting the education of children positively,” said John Mannion, president of the West Genesee Teachers’ Association.

Grossman St. Amour, PLLC, conducted an audit in July. The report recommended more stringent internal controls and required a refilling of 990 Tax Forms, an annual reporting return that federally tax-exempt organizations must file with the IRS.

A Fall Fling was held at Bitterman’s on October 17th.

Kudos to West Genesee High School Health teacher, Sandy Brown, one of the Hope Honorees for being an amazing educator who promotes anti-bullying! Sandy was honored at the Hope Gala 2013.

On November 5th, the WGTA had an elementary forum at Stonehedge Elementary for all elementary teachers that wanted to share their concerns and have their voices heard. It was a wonderful conversation that allowed teachers from different buildings to hear each other’s thoughts.

The WGTA annual Fall Fling was held on October 3rd at The Wildcat.

The WGTA Officers received training at the NYSUT Fall Leadership Conference in Cooperstown in October.

“It is not teacher evaluations that are the problem, nor new curriculum, decreased funding or more testing. The problem is not that students are coming to schools with greater emotional, social, behavioral, financial or academic needs. The problem is not that schools are dealing with these students with fewer staff and decreased funding. It is the perfect storm combining all of these issues that has teachers turning their heads wondering which new initiative they need to address. Teachers still teach, they overcome and keep their focus on the students in front of them. The greater crime in all of this is that it is done under the guise of saving children from the dreadful state that public schools will impose on them. The education reform movement is not saving our children, in fact it is stealing away the joy of education, a joy that we all encountered. This chaos is intentional. Many teachers, administrators and elected officials are afraid to call this what it is, the creation of a new industry. The changes are being driven by billionaires and hedge fund coordinators that are seeking a profit, a guaranteed profit mind you.”

WGHS Social Studies teacher Dominic Fruscello attended the Advanced Placement U.S. History Exam Scoring Conference in Louisville, Kentucky in June. "It was the single greatest professional development experience in my 20 year career and a great honor to work with so many experienced AP teachers," said Fruscello, who is also in his 16th year of writing regents exam questions for the NY State Education Department.

Several West Genesee strings teachers, who have been invited to conduct All County Festival Orchestras around

Priscilla Palmieri was the winner of the 2010 WGTA Scholarship.

On June 22, 2010, 62 West Genesee staff members gathered at Onondaga Lake Park to take part in the Corporate Challenge Run/Walk. This was almost double the amount we had in 2009! Participants included Teachers, Teacher Assistants, Teacher Aides, Administrators, Office Staff Members and our Superintendent, Dr. Brown. Each building was represented by at least one participant at the event. The night was full of fitness, fun, and plenty of food and drinks, thanks to the WGTA and participants!

Despite the rain and thunderstorms, the night was a success! West Genesee won the Scholastic Challenge Award for the Large School Division, for the second year in a row. This award is given out to the school district with the highest percentage of their employees involved in the Corporate Challenge. The West Genesee staff members were presented with a plaque that evening and even more significant, two of our students would be honored this year with $500 scholarships! The women’s team, made up of the top four females, finished in fourth place, walking away with gifts from Tiffany & Co.! 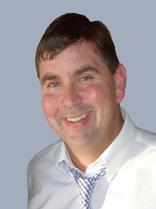 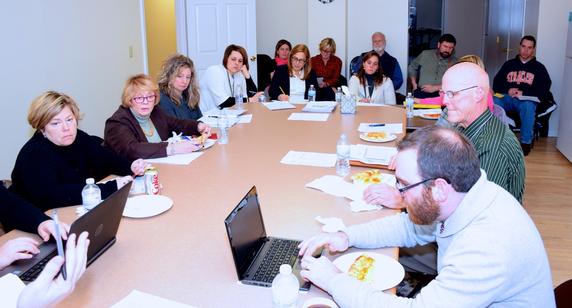