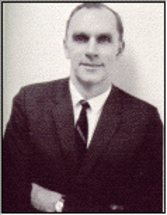 Coaches made out about as well. Varsity and JV basketball coaches received $250, football coaches received $175 and baseball coaches earned $150. Elementary sports coaches were paid between $75 and $125. The Board went on to state that "no teacher shall be eligible to be assigned to more than three extra duty assignments" per year, and could not be paid more than $225 extra in any one year. They did go on to state, however, than any money a teacher made beyond the $225 limitation would "be forthcoming as the years pass."

​One of the earlier Presidents of the WGTA was Royce Newell (President from 1956-57). Royce remembers the WGTA to be more of a social organization in the 1950's than a labor organization. Royce also remembers that when he started teaching (in 1949) teachers took the salary that was offered to them. If the teacher was lucky, that was the minimum amount required by the state. Royce tells us that some teachers were hired at the state minimum ($2,000), but in order to keep their job had to "donate" $200 back to the district.