The first issue of the WGTA newsletter was published in June 1976. One year later Dave Smithson won a "Name The Newsletter" contest, and "The Member Ship" has been published monthly (except summers) ever since. The first editor of "The Member Ship" was June Schneiweiss.

The issue of "tuition tax credits" reared its ugly head in the 1970's. Tom Hobart (NYSUT President) and Al Shanker wrote that, "The continued existence of public education in the U.S. is facing a major threat. The idea of tuition tax credits to reimburse parents for up to one-half of their children's private school tuition is gaining acceptance in Congress." That bill was ultimately defeated in the Senate. The battle, to this day, is still being fought.

In October 1978 the WGTA had 374 members. In that year "The Member Ship" reported that " the Syracuse Area Teaching Center, comprised of West Genesee, Jamesville-Dewitt, Syracuse City Schools, Syracuse University and LeMoyne College, was awarded federal funds totaling approximately $168,000. New York City and East Ramspo were the only other Centers in NYS to be funded." The Teaching Center in West Genesee has been in operation since 1972.​ 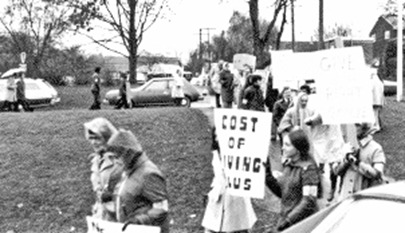 Initially NYSUT was affiliated with both the American Federation of Teachers and the National Education Association. This affiliation was not to last. In 1976 a bitter dispute developed between the AFT and NEA over both constitutional items and philosophical beliefs. This rift forced NYSUT to break its ties with the NEA. The WGTA voted to remain with NYSUT, as did most of the locals in Onondaga County (the exceptions were LaFayette, Baldwinsville and Fabius-Pompey). The early NYSUT Field Representatives assigned to the WGTA were Doug Matousek, Steve Malcheski and Jim Mathews, who worked with us until 1979. His replacement was Tom Clerkin who worked with us until his retirement in 2002.

In 1971 the West Genesee Central School System had 9,999 students. That was as large the district would ever get. The starting salary for a teacher with a bachelor’s degree was $7,000. The requirement for permanent certification was a bachelor’s degree plus 30 graduate hours.

WGTA Presidents during the 1970's 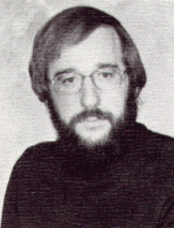 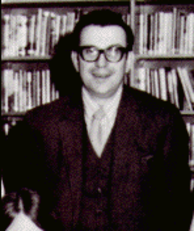 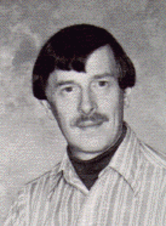 The early 1970's saw the onset of what would be many political attacks on teachers and public education. In 1971 Charles Jerabek, a state law-maker from Long Island, sponsored bills that increased the probationary period for teachers from 3 to 5 years and repealed guaranteed minimum teaching salaries. Correspondingly, teachers determined that indeed "strength lies in numbers" and so, in 1972, the N.E.A.'s New York State Teachers Association (NYSTA) and the AFT's United Teachers of New York (UTNY) merged to form the New York Congress of Teachers. The group would soon change its name to the New York State United Teachers (NYSUT).

In October, 1978, West Genesee and other school districts donated $500 each to the Liverpool Central School District to help defray the cost of a court case in which the Liverpool Board called unconstitutional the state tenure law amendment that placed the final decision on dismissal and discipline matters in the hands of an arbitration panel (and taking it away from the school board). The New York Supreme Court ultimately rejected the Liverpool petition.

In November 1978, in a major victory for teachers and other public employees, the Legislature and the Governor repealed the section of the Taylor Law that put strikers on one year's probation after they came back to work.

In February 1979, the cost of living was 7.9% and the WGTA dues were $155 per year. During the 1978-79 school year the average Teacher's Retirement System member was 60 years, 4 months of age, had 25 years, 4 months of service, had a final average salary of $21,322.63, and a retirement allowance of $11,315.29. In the 1970's there were 65 teacher strikes in New York State. One of those strikes was in North Syracuse. During that strike a teacher was hit by an automobile driven by a “scab” (a substitute teacher hired by the district to take the place of a striking teacher) and was killed. Striking teachers in North Syracuse were fined 2 days pay for each day out on strike; the union leaders spent 7 days in jail. 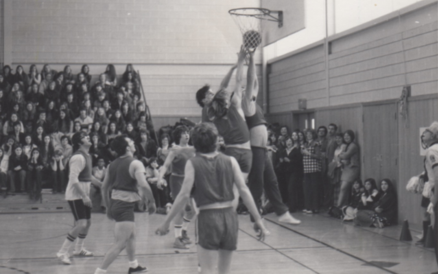