​It is obvious that the WGTA in the early 1960's was more of a social organization than a labor union. We must remember, however, that at this time teachers did not have the right by law to bargain collectively.

In 1964 we see the first signs of labor unrest as the short-lived "West Genesee Men Teachers' Association" was formed to take a stand against the district offering the teachers a zero dollar raise. Paul Bozych tells us that most of the men refused to sign their contracts until the district granted them a salary increase. They got their raises.

Research shows that many were the times when a contractual raise was "capped", or reduced to what the district said was the only amount they would pay, regardless of what the raise was. The district would state that the difference between the actual raise and the "capped" raise would be made up in the years when actual raises were low. Veterans such as Dick Capella (ret.) and Jim Ridgeway (ret.) remember that for some teachers, the money was never received, despite the existence of a "contract." 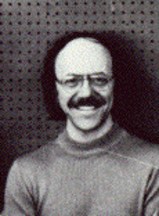 In the early 1960's the WGTA published a booklet called "TEACHER TALKS." We still have a couple of these publications, and would like to share with you some excerpts taken from them. They give a good indication of the times.

In the May 1962 issue we find that the Editorial Board consisted of Annette Artini, Isabel Backman, Jean Emerson, Marjorie Forth, Madeline Gilbo, Elizabeth O'Keefe and Janice Rockwell. The lead story was by Donald Snyder, Principal of Camillus Elementary and was titled "To Promote or Not Promote." The summary to Mr. Snyder's article states, "When classes are reduced to a point where the program of individual instruction can be fully achieved, the failure problem is likely to disappear automatically."

Most of the publication dealt with hints suggested by teachers to help others in the classroom. Some of the topics included bulletin boards, a Surprise Box, Hatching Eggs, Paper Plant Projects, Password for Children, and where to send for free information and materials. There were also reports on conferences, book reviews, and Educational Television

We find that "among the Florida-bound at Easter Vacation time from the Onondaga Road Faculty were: Dot Mussey, Ginny Sullivan, Shirley Newstead, Nancy Connolly, 'Jerry' Finnerty and Betty O'Keefe." In addition, we found that Elizabeth Palma wrote on how to make Easter Eggs from balloons, George Marlatt wrote on a demonstration for the Madison Project, and John Bochino wrote of Jeff Michels, who won first prize for 5th graders at the Oswego State Science Fair (his entry was a photoelectric cell).

Ruth Birmingham wrote on how students and faculty at Onondaga Road observed Arbor Day "by planting between 600 - 700 evergreen trees at the extremities of three sides of the school grounds. Sixth grade pupils were under the supervision of Mrs. Redman, Mr. Vaccaro, and Mr. Bush had charge of the project and dug all the holes."