The WGTA web site won the First Place Award for "Best Web Site - Class IV" from the American Federation of Teachers Communications Association, AFL-CIO. The award was presented on July 7, 1999. The WGTA web site competed in Class IV, locals with less than 500 members. This was a national competition of web sites maintained by locals of the American Federation of Teachers. The WGTA Web master was Lynn Davis.

WGTA Millennium Officers -- The following list of teachers were elected or appointed WGTA executive officers for the 1999 - 2000 year.

The WGTA, in conjunction with the Susan G. Komen Breast Cancer Foundation and the Lee Company, announced that the union raised $1,185 during the 1999 Lee National Denim Day. Teachers and support staff from across the district participated in the fund raising effort by wearing denim and donating $5.00 to the fundraiser.

With over 70 teachers attending the event at the Elk's Club in Warner, the October 22, the last WGTA Social of 1999 was a huge success.

John Lazarski (WGTA Political Action Committee, High School) reported that over 40 teachers volunteered to participate in the Adopt A Highway Program. At the November 1999, WGTA meeting the Cabinet approved Association participation, which will begin in the spring of 2000.

In 1996 the West Genesee School Board unilaterally shortened the February break under the guise that children lose educational focus over extended vacations. After it was determined that the next West Genesee Christmas Vacation was two weeks in length (longer than most other districts) the board claimed that it was a "leader" in the educational community and that other districts were "poised to follow" their lead and shorten their February vacations. No other district in the area has followed the West Genesee "model" -- with many districts negotiating the February Break INTO their calendars to avoid the WG "model." The full February break was finally reinstated in 2002 after the WGTA exerted considerable and sustained political pressure.

In April 1996 NYSUT reported that it represented 190,000 public and private elementary and secondary teachers, and a total of 360,000 people.

In September 1996 the WGTA was presented with the 1996 Good Neighbor Award from the Robert Memorial Free Methodist Church.

In May 1997 the WGTA doubled the scholarship given yearly to 4 West Genesee seniors who are pursuing a teaching degree. Each student receives $500 per year for 4 years.

In November 1997 Al D'Amato, the junior Senator from NY, launched his reelection campaign with a vicious attack on New York public school teachers in general and tenure in particular, immediately alienating many teachers in New York. Interestingly, Mr. D'Amato is running for a United States Senate office, and theoretically should have nothing to say about New York State's educational policies.

Between 1986 and 1997 the WGTA has filed a total of 87 grievances against the West Genesee School District. We have won most of them.

In June 1998, the WGTA membership ratified a three-year tentative agreement with the district. The total vote was 278 YES, 16 NO, and 5 voided envelopes. The new contract went into effect on July 1, 1998.

The official results of the June 11, 1998, WGTA executive officer election were as follows:

The WGTA held the first of many informal social gatherings on Thursday, October 22, 1998. The location was the Camillus Elks Club on Newport Road. Beer, wine, soft drinks, munchies were offered compliments of the WGTA.

Through NYSUT's strong lobbying efforts, and because of heavy teacher support, the tier reinstatement bill was passed on December 17, 1998.

The WGTA Cabinet donated $250 to the 15th annual West Genesee "All Night / After the Ball Party." The event was sponsored by the parents of WG Seniors and the West Genesee High School chapter of SADD (Students Against Drunk Driving), along with the help and financial support of the community. 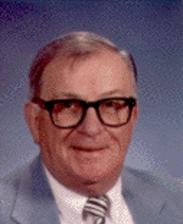 In February 1991 AFT's "Action" newsletter reported "three Florida state legislators have introduced a bill that would permit teachers to carry electronic stun guns in the classroom to subdue potentially violent students." The Florida Education Association said the "union would actively oppose the bill." It later died in committee.

On March 4, 1991, the West Genesee District, responding to a state budget crisis, formally asked the teachers to give back one day's pay. After the WGTA Cabinet voted "no" the district used some of it's contingency funds to pay bills.

Also in March 1991 the Board of Regents approved "A New Compact For Learning." The Compact called for educational decision making to take place at the building level.

In a 1992 editorial the WGTA stated, "The WGTA feels the following problems (with Strategic Planning) need to be addressed:
* Too many committees developing separate demands on teachers.
* Decision making still remaining centralized.
* Not enough school time provided for working on the goals and resulting projects.
* Not knowing the resources which the District is willing to commit up front."

In 1992 the Regents ordered all school boards to submit a shared decision making plan to the state by 1994. The West Genesee District attempted to circumvent the union when the district submitted a plan that was not approved by the WGTA. The state ultimately denied the plan and ordered the district to develop a new one according to Regents regulations. The district finally complied, but the plan was submitted approximately one year late.

The battle over private versus public schooling continued to rage, the issue was now called "school choice" instead of "tuition tax credits."

In 1993 there were a record 411 locals in New York State without a contract. 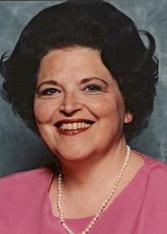 In 1990 the Carnegie Foundation published a report titled, "The Condition of Teaching: 1990." One major idea promoted was that successful schools involve teachers in educational decision-making.

Also in 1990 President Bush and some state governors formulated the National Educational Goals America 2000. NYSUT Vice President Toni Cortese reported that, "there is no national will to improve the schools ... there is not only a lack of sufficient money from the federal government but also a lack of clear direction."